Thank you To Aksys Games for Providing the Review Copies

Guilty Gear Xrd Revelator is another entry in the long-running competitive anime fighter series by Arc System Works. Thank you to Aksys Games for providing this review copy and allowing me the opportunity to experience this stylish fighter. Let’s gear up this review and begin with a spoiler free summary of this game’s story. Please note you must play the other Guilty Gear games to understand what is going on.

The plot begins with an explanation of series lore which involves people discovering magic at the end of twentieth century and the creation of Gears: humans that have their cells fused with animal cells to give them super human abilities. They are beings with super human strength and are the characters you play as in this game. The game then proceeds to re-cap the events of Guilty Gear Xrd -Sign- where Sol Badguy defeated Justice, and Elphelt Valentine is kidnapped. The story then begins with a speech from St. Maximus explaining to the kidnapped Elphelt what her goal is. The Universal Will wants to replace the current human race with a brand new one because they think humanity in its current state is redundant and needs to go through evolution. Humanity does not agree with this and are preparing to fight back.

The story was pretty enjoyable with its high production value cut-scenes, humorous banter between characters and lots of memorable moments that really stick out. Sol Badguy stuck out to me as just being a really cool character. He’s gruff, he acts cool but he cares about everyone around him. It has very basic character personality, but a lot of the development of all of these characters has been continuous throughout the entire series. There is a lot of supplementary material to read to get you caught up on the series lore, terminology and characters, so you won’t be totally left in the dark if you are just jumping in. But it is highly recommended you play the other entries. Overall, the story was entertaining for what it tried to accomplish and was worth going through. Just a heads up, the PS4 share feature is disabled during story cut-scenes and that pressing the home button will not pause cut-scenes, so press the option button for that. 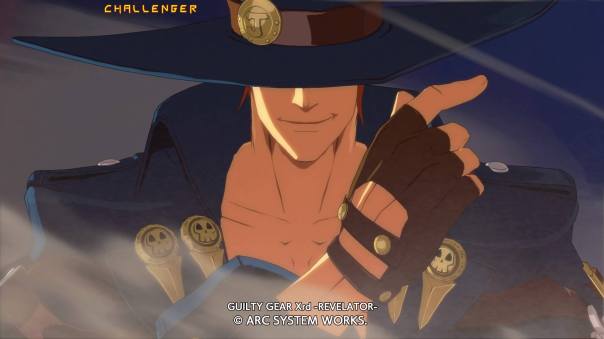 The presentation for this game is absolutely remarkable. The game uses 3D models for its characters, but they end up looking 2D due to the cell shading art direction giving it a nice clean look. The cut-scenes show signs of stiff movement when it comes to the animation, but it still looks very nice. The fighters during gameplay are all animated splendidly, showing personality in facial expressions and body movement. A character that I used, Johnny, looked very cocky as I was fighting with him. All the characters retain their Japanese voices with subtitles so no English voice acting is used. The best part of the sound direction is its amazing soundtrack. The variety in instruments and vocal tracks make each stage feel unique and give a different atmosphere. The introduction songs are very good too, especially safe intoxication. It is head bopping and really gets me pumped up for some fighting. Overall, the presentation is top notch and shows how much love and care the developers put into the game.

Gameplay is where the meat of the game is. As with every fighter, this is where most of the player’s game time will stem from. Guilty Gear has very deep mechanics with a high skill ceiling. You have your standard Punch, Kick, Slash, Heavy and leg sweep Dust attacks to start basic combos. But, as you’ll find out, doing various inputs while executing moves will do different attacks that lead into combos better. From jumping then executing perfectly timed attacks, to dashing to the opponent to continue strings and combos, this game has a lot to offer and a lot to learn and it can intimidate players just looking to play casually. There is an option for a basic and simpler control style for casuals, but you won’t get to experience how deep the game is. However, players that take the time and effort to learn the basic mechanics will soon find that each individual character plays so much differently than each other and some even have their own mechanics on top of what’s available across the board. It is quite a lot to take in but greatly rewards the effort. Casual players will have to rely on the story mode just playing their friends online and locally to get what they are looking for. Guilty Gear is very much a competitive game geared at competitive players. There is nothing wrong with that, it is just something to keep in mind.

During game time I found myself gravitating towards Jack-O. Her move set is just so crazy and out there with some cool set ups. She can set up minions to throw at the enemy, and will slam her opponents down head first. She uses a ball and chain as an anti-air, and it’s super satisfying to pull off combos with her. It is a visual treat.

The recommended controller for this game is a fight stick specifically made for competitive play. The dual shock 4’s d-pad can the strain the fingers when trying to execute intricate combos. The analog stick can relieve some of that stress, but it is also inaccurate and harder to execute inputs for combos. Casual players won’t have to worry about that as they probably won’t be trying to execute major combos in the first place.

Online will be the mode heavily re-visited for this game as people will want fight their friends and practice against human opponents to get better at mind games, match up experience and testing what they have learned. The net code is very good with only some instances in lag during test matches. Getting into lobbies with friends isn’t as simple as choosing a separate option in a menu and then making a room. You must both choose a district and then meet up in a room. It would be much simpler if it was just a separate option in the menus.

Overall, Guilty Gear Revelator is a treat. It has options for casual players, but only hardcore fighting game fans will be able to truly appreciate what this game has to offer. The story also requires you to be knowledgeable about previous entries, but the game has material to read up on for new players. 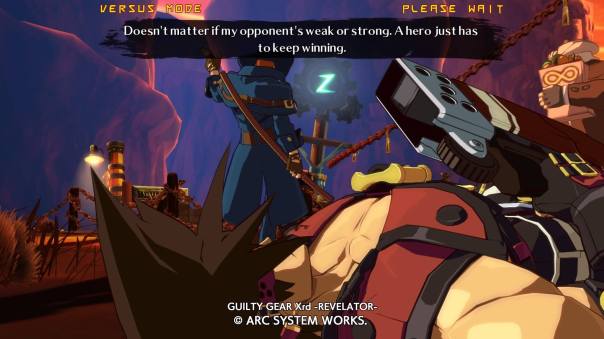