*The Vita Version was used to review this game

Dynasty Warriors: Godseekers is a descendent of the Dynasty Warriors franchise, but is now in a Strategy Role Playing Game setting. This isn’t the first time the long lasting Musou franchise has become a SRPG, nor is it related to the previous one, so anyone can freely jump in.

The story takes place in the Han Dynasty after the Yellow Turban Rebellion. Zhao Yun and Lei Bin happen upon a sealed God. Upon unsealing her by accident, the duo meets Li Xia, a God who’s lost her powers. Due to the fact that they’ve unsealed her and don’t seem evil to her, she dons the task upon them to get her powers back. This is done by looking for five orbs that contain the five elements. Players can expect to see classic Dynasty Warriors characters; a few worth mentioning are Lu Bu, Ma Chao, Sun Ce, and Cao Cao.

Godseekers truly has all of the trappings of the usual Musou titles, combined with the mechanics of a SRPG. Combat is tile based, so you select one person to move and attack at a time. Because of the fact that you can change who goes in what order at any time, speed isn’t a factor, given that it breaks down to “your turn”, “enemies turn”, and “allies turn”. While you only control generals, your enemies and allies also have generic soldier units. While these generic soldiers aren’t all that powerful there’s usually a ton of them making enemy turns last much longer than they need to. 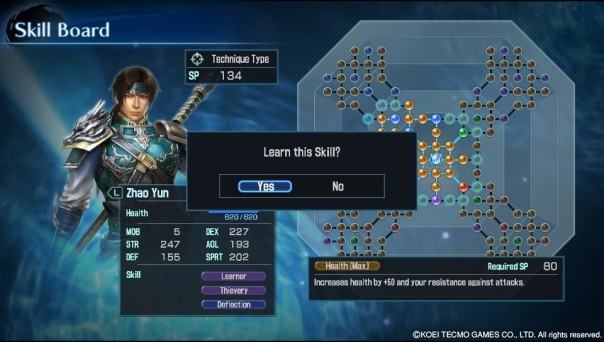 Overall, there are 5 different types of units to use; attack types, which deal more damage the less HP they have; defense types will take half the intended damage if attacked from the front, but aren’t as mobile as other units, and take more damage from the sides and rear. On the other hand, technique types have a higher chance of landing attacks as well as critical hits. Speed types, meanwhile, can move around opponents with ease, but have very poor defense. Spirit types boost your team’s morale, which, in turn, makes your team stronger. The game also provides your characters with a huge skill tree to branch out in. The more opponents a character beats, the more SP they gain to spend on their tree. These mostly consist of stat bonuses, but some branches have actual skills you can unlock, such as regenerating health or inflicting a status ailment on an opponent. 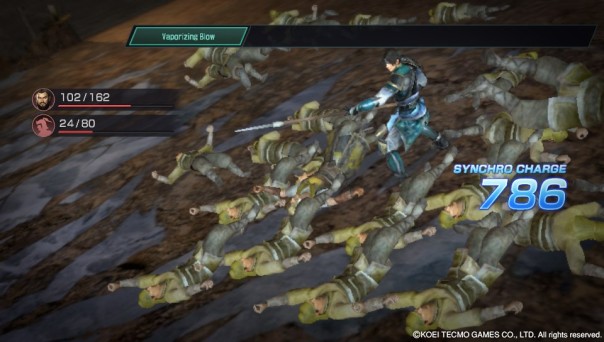 Units tend to have their own amount of movement steps they can do, but when placed next to an opponent, they’re (more or less) stopped in their tracks. Attacks cost energy to do, and the more powerful the attacks, the more energy it’ll cost. The only surefire way to gain energy is at the beginning of your turn, where everyone will gain three units of energy. It’s best to always try and attack from the side or rear as it makes it much more likely for your attack to land, as well as deal more damage. When you deal damage you build up two different meters, with the the first being that character’s own Musou meter. When the meter is full, they’ll be able to dish out devastating attacks. Not to be mistaken as a “last resort” type of move, the meter is pretty easy to build, and if you’re trying to make an aggressive push, there’s no real need to use one as soon as you get it. The second type of meter you build is the Synchro Gauge. It’s not built up by pure damage, but it is how damage is inflicted. So mixing up attacks, KO-ing the opponent, using ranged attacks and other things will help build it up more. Once it’s built up and there is at least one member of your team nearby, you activate Synchro Mode. In this mode, all nearby allies that have had their turn gain five energy units and are allowed to attack a second time. After everyone has moved again, the members that are affected by the Synchro Mode make one final attack against a group of enemies within a pretty large range. In said attack, mashing X will make the attack stronger, along with the amount of people participating.

Outside of battle, there are a few other things to do. For instance, you can visit the merchant, where you can buy and equip new items, in addition to making the current items you own much stronger at a price. To go even further, you can also reforge your weapon by giving an attribute of a different weapon to it. There are also free battles that can be had on the world map so you grind for a bit if you need to. Most importantly though, there is the Path of Destiny events. These side events are unlocked by doing things in the game. If you don’t know what they are, the game will tell you how to unlock it. Said side events are normally just conversations between a few characters and seeing them gives you various rewards with the final unlock being that character joins your party. Keep in mind that this doesn’t affect the story at all, but is good for free mode so it’ll be easier to grind and accomplish similar tasks. 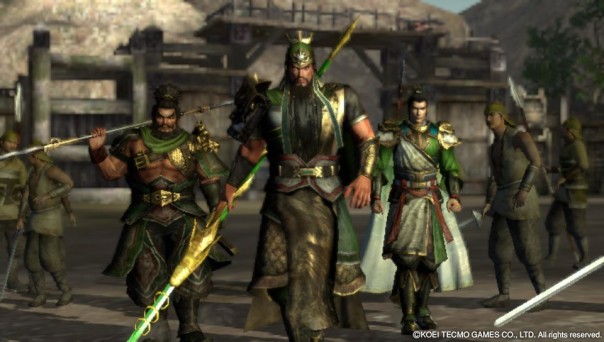 Sadly, this game is far from perfect. For one, the Vita’s performance isn’t all that good. It’s completely understandable that the Vita is on its last legs at this point, however, this is a SRPG. The fact that it has such harsh framerate issues and looks this bad graphically is almost baffling. These games shouldn’t be all that intensive on it. There’s a weird audio bug where if you leave the game and come back, the audio stops and takes a moment to kick back in. All of that aside, the biggest gripe I have with this game is that, when it’s time to choose what units to put down, you don’t know what the opponent has put down next to it, making things pretty cumbersome. Granted, the game is pretty easy to cut through. If you really wanted, you could go into Synchro Mode more than once per turn and just obliterate your opponent. But again, being able to properly place your units to start with is pretty important for a Strategy based game.

All-in-all, Godseekers is a pretty alright game, even with its shortcomings and simple mechanics. When I was trying to figure out how the game flowed, I went from story mission to story mission pretty underleveled. Once I did though, I became overleveled pretty quickly and just plowed through the normal difficulty and honestly got pretty bored since then I was just going through the motions. The game does deliver on the feel of a Musou game because your one unit can just tear through hundreds of enemy soldiers in any given level. Other than that, if you’re looking for an SRPG to play on Vita or PS4, or a new way to enjoy Dynasty Warriors, it might be best to hold off, as even I can’t guarantee if this would do it for you or not.

+The feel of a musou in a SRPG

-Not much strategy is required

-Performance issues all around

Posted on January 31, 2017, in Reviews. Bookmark the permalink. Leave a comment.