Utawarerumono Mask of Deception review – This Is (Not) A Game

Thank you Atlus USA for providing a review copy for this game.

“Utawarerumono: Mask of Deception” is a the sequel to the original game that released all the way back in 2002 and is developed by Aquaplus (whom you might remember published Dungeon Travelers 2 a few years back.) While the original and this iteration aren’t connected (for most of the game,) the dots do come together piece by piece by the end of it all. So if you want to play catch up, the options are to rely on a fan translation of the game or watch the (actually pretty good) anime.

I’ll be honest here; if you’re coming here for a pure SRPG experience, you might not like this game. Utawarerumono is very, very story driven. So much so that there have been times where I’ve spent over an hour reading text just to get to the next battle. Truth be told, that felt fine. The story is actually really enjoyable for it to be like this.

The game stars the amnesiac Haku who wakes up in the middle of a mountain being taken care of by a traveler named Kuon who also gives him his name, since he doesn’t know anything about anything about himself. Very quickly he realizes he doesn’t even understand the world he’s in, either, as “humans” have inhuman ears and some even have tails. They also appear to have seemingly beastly strength in comparison to him. The animals aren’t the same either; this world is just completely different from what he perceives as ‘normal’.

Each chapter of this game is split into 3 main segments: In segment I, you’re going to view mini-scenarios regarding your party members. Not all of them directly affect the main story, however, they do provide some nice world building and even some more character depth to them. Once that’s all out of the way, segment II, is more VN segments albeit now in one lengthy cut-scene all the way up to the next battle. 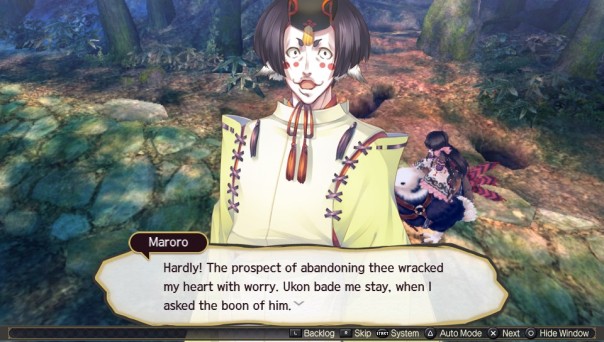 These battles in Utawarerumono actually have a small bit of complexity to them. Part of this is simply due to the fact that the game doesn’t teach you anything at all as it’ll just tell you that the glossary updated. So if you want, you can certainly learn on the go, but if you have the capacity to just read about everything, the game is more than happy to give you a ton of text to read and examine only for you to try it out yourself. Other than that, standard SRPG rules apply. Everything is grid based, so you and your opponents have a certain amount of movement they can make. In this game, positioning of the character actually doesn’t matter, so if the damage predictor says 28 you’re going to deal 28 damage. That said, while you can re-position yourself as many times as you want before you attack, there are some moves that cannot be used once you’ve moved.

So once you’ve decided on what to do, you can decide on how to deal damage, heal up, or lay traps on the floor. Some of these actions have attack chains connected to them, meaning they actually attack the enemy multiple times with two different ways to go about it – automatically or manually. If you choose to do an attack chain automatically, you won’t be doing any critical hits whatsoever so whatever the damage predictor says, it will do. If you decide on doing it manually, then there is some fun to be had here. If you’re casting magic, there will typically be a ring gauge that will fill up; depending on the type of gauge, if you press X or let go of X right when the gauge fills you’ll earn a critical hit. This is especially useful on healing spells because then you healed more than expected. With more physical attacking moves, a ring will appear and when it shrinks (and you get the timing right,) it will perform a critical hit as well. Having the right timing on these chains will also cause debuffs on opponents like defense down or poison. When the attack is performed you gain zeal and experience. Just beware that if you use an attack chain or a skill, you also use zeal. If you max out your zeal, then not only are you able to perform another turn immediately, but any status ailments are gone, chain attacks don’t use any zeal, and you may perform a final strike as well if an attack has five attack chains on it. Just note that all of this stuff applies to your enemies as well. So if you let an opponent max out their zeal, it might mean the end of you if you aren’t careful.

At the end of a battle, party members gain BP and you gain a ton of items for your party members to wear, which is great. The problem is, you can only look into your inventory right before you start a battle, and that’s also the only time you can see your party members, so it’s pretty annoying. After a battle you can spend they BP you’ve gained or the cumulative that character’s gained if you haven’t spent any for a while on HP, Speed, Attack or Defense. The more you invest in a stat, the more it will cost to continuously invest in it. Of course, leveling up boosts stats naturally, so you don’t necessarily have to panic if you haven’t spent your BP.

Outside of the team management and looking at your inventory being finicky at times, the only real problem I have is the story. (Sort of.) It certainly drags on for way too long, but the story it tells is quite good and enjoyable. But then there’s the fact that this just feels like one absolutely huge game split in half as this game is mainly set-up for the finale of the trilogy “Utawarerumono:Mask of Truth.” 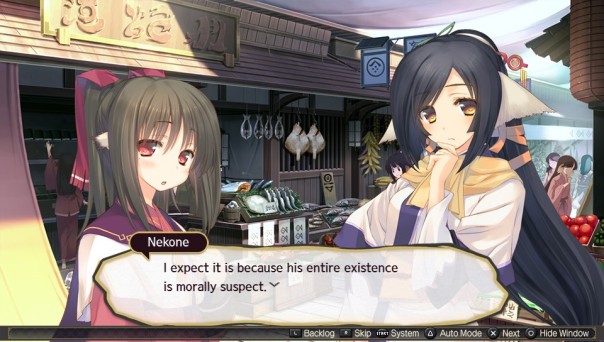 Other than that, this game deserves nothing more than my utmost sincere praise. The character designs and overall art direction is fantastic. For what’s on the Vita, the graphics on the SPRG spots look pretty okay. It’s pretty clear that with this game they poured their heart and soul into the 2D art assets as well as tried to make the music as charming as possible and for the most part, it certainly worked. 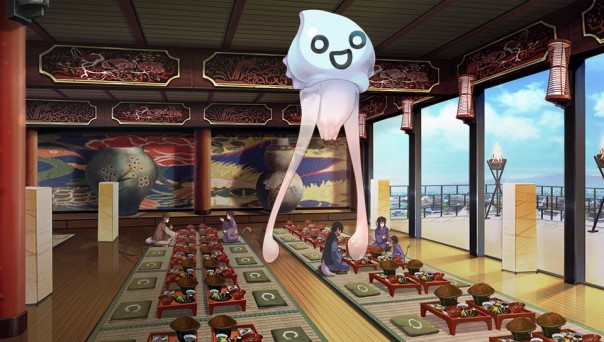 In the end, this game is pretty out there in terms of it doing what it’s doing, as while the SRPG elements are good, there are so few far in between the amount of good yet bloated story content there is it feels like there’s no real point these SRPG parts. That said though, the SRPG elements while not terribly difficult, are certainly fun to play. 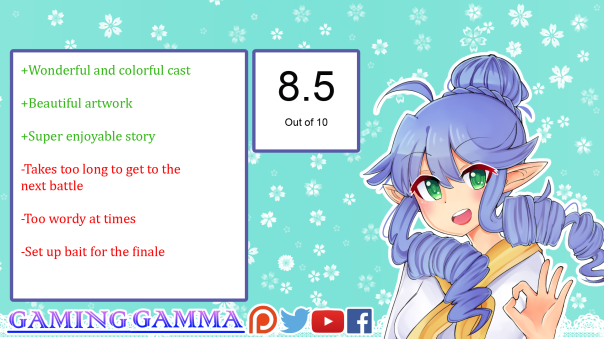