Thank you SEGA for providing a review copy.

Before I get into this review, I should mention that I am totally new to the Yakuza series, and this is my first experience with a Yakuza game. However, I did take the time to thoroughly research the story thus far from the previous four main Yakuza games to gain a better understanding of what I am getting into. With that out of the way, on with the review.

Yakuza 5 is an interesting video game. It’s one part action-adventure, one part mob movie, one part dating simulator, one part rhythm game, one part first person snowball fighting and all parts fun. Yakuza 5 puts you right in the heart of Japanese organized crime, letting you play through the game’s story with five different characters in five different open world cities filled to the brim with so much to do. 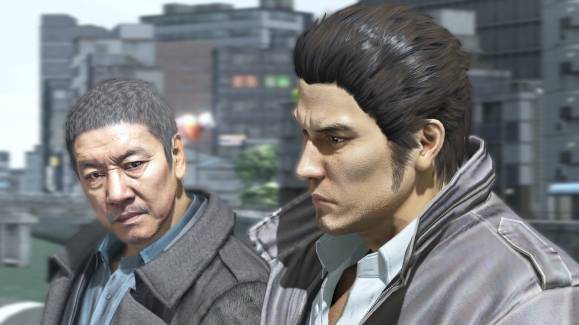 Yakuza 5’s gameplay is broken up into two modes: one is Adventure Mode, where you have the full run of the city around you, and the other is Combat Mode where you do most of your fighting and progressing through the story. The game manages to balance these two modes out so very well so that it seems almost seamless when you switch between the two. Neither one overstays its welcome. If I get overwhelmed by the game’s story, I can easily go out and take a break and see what other things the town has to offer. And let me tell you, outside of the main story, there is A LOT to do. 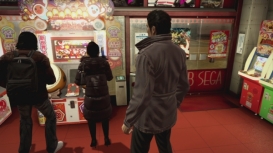 I found myself having the most fun with the adventure mode at times when I needed a break from the game’s story. Seeing as there was something for everyone to do. Did you want to settle down for the night and impress some hostesses at a bar? Go right ahead and do that, the game will transform itself into its own fleshed out dating simulator that could easily have been its own game. Now that you have a lovely date what’s the next thing you want to do? Go sing karaoke obviously! 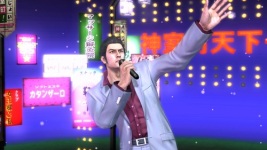 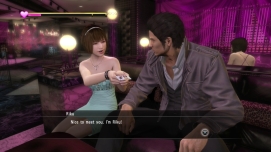 Entering into a karaoke bar turns the game into its own styled rhythm game. Now after you drop your date off and you try to wander on home a bit buzzed, you run past some no good street punks who are itching to pick a fight with you, this is where the game will seamlessly transfer into Combat Mode.

Combat mode is where you will spend most of your game time fighting your way through hordes of punks who think they can take you down. When fighting, you will be mostly stringing on different combos by pressing the face buttons. Different buttons give different attacks, and some are slower or stronger than others. You also have special abilities that you can perform when you fill up your heat meters. These meters fill up faster with the more damage you output and are really fun to use. The combat system in this game is a lot of fun to use and I have never gotten bored of it. When you are put into story missions where you have to clear out entire buildings of baddies, I have a blast powering my way through the various different enemies and taking them out in so many different, and comedic ways.

And some pretty gruesome too…

The action is fast paced and it never lets up for a second in battle. While in adventure mode the games frame rate does noticeably dip, in Combat Mode I can say I never really noticed the games frame rate dip that much, or at all really. It is extremely consistent even when there are dozens of enemies on screen.

The game’s story is another extreme high point. A lot of internal struggles are going on with the Tojo-Clan and Kazuma Kiyru is determined to make sure things don’t break out into total war between other Yakuza, forcing him out of retirement. The game’s story is extremely well written, and is told through the view point of several different protagonists. Each one having their own story arc that relates to the game’s overall story. 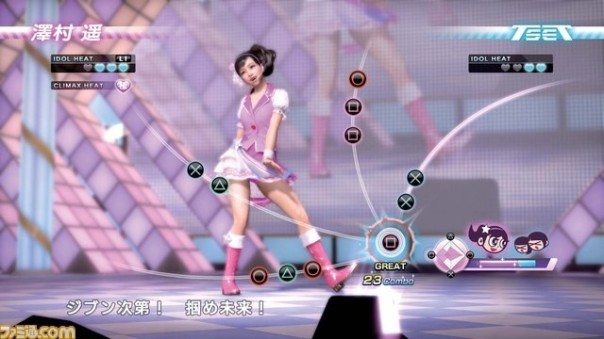 I squid you not, one arc is an idol game.

From what I have played, each story arc felt like watching an awesome movie that I had the chance to be a part of. There was never a dull moment in the story, even when things began to slow down, I still had a sense of “Ok whats next? I need to know!” and the twists and turns this story has to offer are very well constructed. There were several times where I had to put my controller down and think to myself, “What the heck just happened?” because the twist in front of me was not something I could imagine, but it worked so well. If you ever got tired of the story, you could easily put it on the backburner and do the many other wonderful things the city around you had to offer. You could never truly get bored on this game with the amount of stuff you have at your disposal to do.

The next thing I really like about this game are the cities you get to explore. Each city you unlock to explore is big enough to be its own over world in its own game. There were many times I just ran around seeing what was available to me rather than really focusing on the story. Doing this actually opened up a lot of side quests that gave a nice break between the stories action. Side quests are a great way to get items to help in battle or just collectables. However, you need to be careful, because if you run too much in the streets you may attract the attention of other Yakuza who may want to start a street fight with you.

Or…you know a dance off works too.

You can try to out run them, but honestly, I never bothered I always took them head on. The combat in this game is so smooth and fluid, I had no problem with “random encounters” of rival Yakuza.

Outside of the main story, there are a nice amount of side stories that happen in the background that you can chose to do. In the first arc you are tasked with taking out a street racing gang called The Devil Killers. This opens up a fun street racing mini game that you can do.

The street racing mini game is actually extremely fleshed out, where you can customize your car, pick the music you want to hear and everything. The same thing goes for the Crazy Taxi Mini game and the idol games. Every mini game this game has can easily be fleshed out in its own right, and I love it.

This leads into the games replay value. After playing this game for about forty hours I saw that I was only 4% done with the overall game. There is a lot to do. With all the side quests, collectables, street fights and mini games you will have plenty on your plate for things to do when you want to take a break from the games main story. You are basically living an average life as an adult in these big cities you are living in.

Overall Yakuza 5 is a superb game, and a fantastic last hurrah for PS3 games. It is a shame that this game is available through digital download only, as not many people will be willing to take the dive into this game. However, overall, this game is fantastic and is worth every cent and every gigabyte on your system. This game is an enjoyable experience from start to finish, and I can guarantee you, you will never get bored of this game.

+So much to do

-Technical issues outside of battle

Posted on December 16, 2015, in Reviews. Bookmark the permalink. Leave a comment.