A review copy has been provided by Spike-Chunsoft

Danganronpa Trigger Happy Havoc is a visual novel created by Spike (before the merger with Chunsoft) and started off as a PSP game in late 2010. Since then it’s been ported to iOS, then Vita, and now the PC. In the past 5 years, it’s become a very popular multi-media franchise. 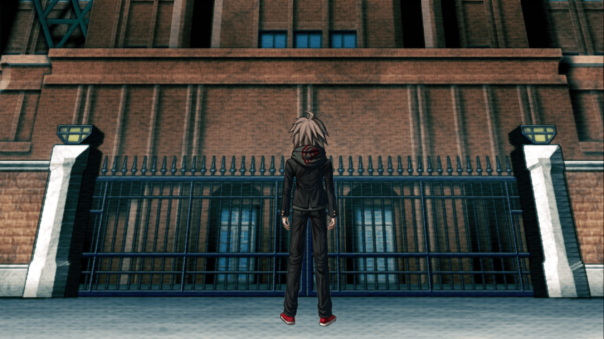 Danganronpa is about fifteen students whom have been chosen to go to Hope’s Peak Academy. The academy that only takes the best and brightest students out there, it is for this reason the students are called the “Ultimates”. What’s the ability you, Makoto Naegi have? Luck. Pure luck. You see, every year the academy has a lottery to allow a student to enter this prestigious school, with Makoto being the winner. In the end, sadly, the moment you enter the school, everything changes. You’re knocked out upon entrance and wake up and find the other fourteen students trying to figure out what’s going on. Eventually you find out that a bear by the name of Monokuma has captured you all and the only way out is to kill someone. This entire concept separates the game into three main game modes. 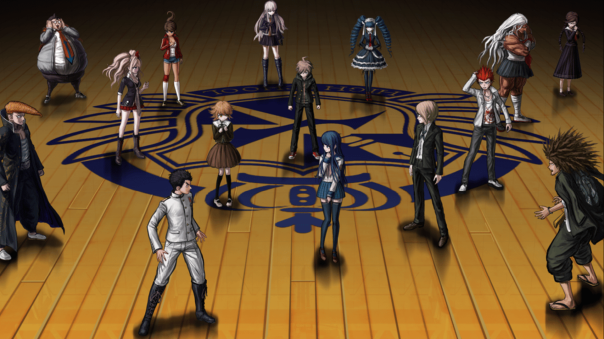 The mastermind behind this scheme is one of you, but who?

The first game mode is Free Time. In this mode you can walk around and examine things in the school. This doesn’t do much except give you a Monokuma coin here and there. Monokuma coins are used to buy gifts for people. These gift gets are gotten completely by random. You can lower the repeat percentage with each coin added, but that’s about it. During Free Time you’re allowed to talk to your classmates and hang out with them to get to know more about their personal lives before this entire ordeal. After talking with them you can give them one of the gifts you’ve gotten from the vending machine. It doesn’t do much, but it’s funny seeing how some react to the items they get. After hanging out with someone for long enough, you can gain skills from that person that can be used in a different mode in a game. 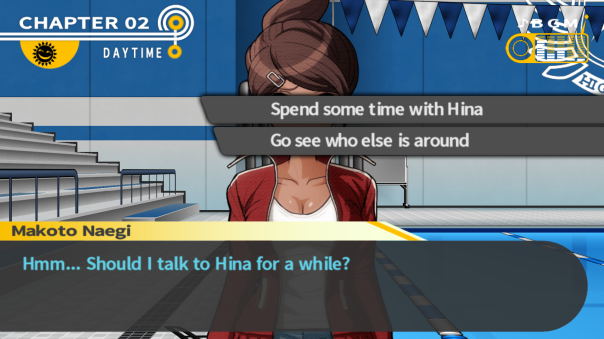 It’s best to know that you’ll never talked to all of your classmates fully. So choose wisely because you don’t know when you’ll speak to them again.

Unfortunately, Free Time only lasts for so long. Eventually someone will snap, and someone will unfortunately die which brings us into the second mode of the game: Investigation mode. Investigation mode is exactly what it sounds like, you spend your time investigating the crime scene and anything that has to do with the person who has been murdered. This part of the game becomes more focused on a point-and-click aspect than free time. Similar to grinding for Monokuma coins in Free Time, you are now on a hunt for clues. Any clues and alibis obtained will be marked down in the Truth Bullet section of your menu so you can look into them any time you please. Once all of the clues are gathered you will be lead into the final part of the game: the Class Trials. 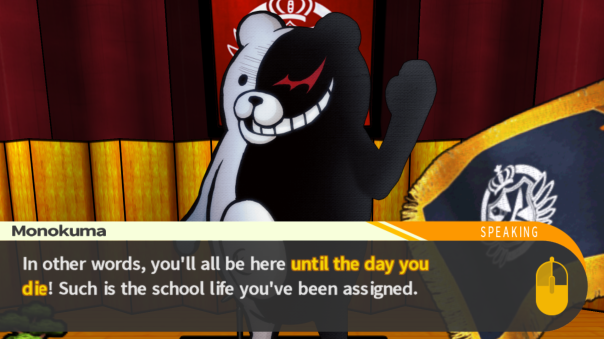 The last main component of the game are the Class Trials. The trials, themselves, develop more and more and have more rules to them as the game goes on. The Class Trials are also where you are able to use the skills you’ve gotten from your classmates from Free Time. These can range from influencing the Influence (HP) and Concentration (allows time to slow down) gauges to even things like making the cross-hairs more steady. Now, the Class Trials are filled with the most “gameplay” as a couple mini-games are played to get through the trials. These involve a shoot-the-target type game such as the Nonstop Debates. This involves you shooting down the lies/misconceptions with the clues you’ve found during your investigations which, during class trials are called, Truth Bullets. The other shoot-the-target mini-game is known as Hangman’s Gambit. In this minigame you’re supposed to shoot down the letters that pop-up on the screen in the correct order to spell a specific word. The other mini-games include a rhythm game and another where you put back comic-book panels into the correct order to finish off the case. 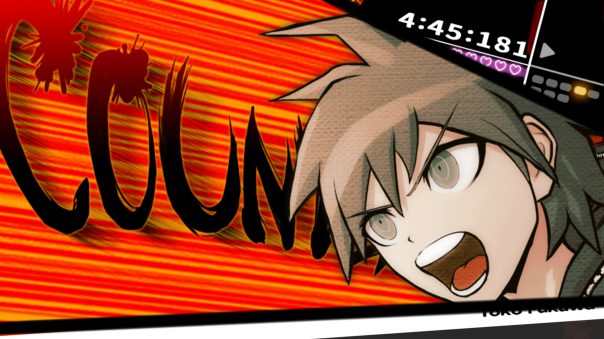 Nothing feels better than poking a hole in someone else’s argument.

Overall, the story that wraps around this game is good enough to carry the game forward. The twists and the “who dunnits” can come off as surprising if you aren’t paying attention, but if you are then some cases come off as completely obvious making them drag on until the end. That being said, no matter what there are no real logic jumps to go through as everything is within means. With this story comes an extremely varied cast of characters. Due to the fact that all of them contain the “ultimate” status, none of them are “normal” and are very eccentric in their own ways. This makes their interactions with one another very interesting. Especially because some of them will clearly conflict with each other and others work out their differences and become good friends. 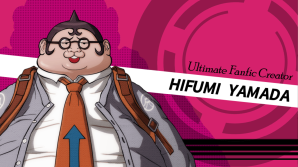 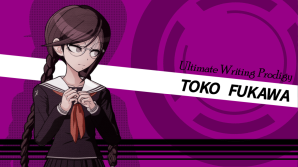 Surely these two go together likes pees in a pod

I must say, Abstraction Games has done quite the port job here. Granted I’m using a using a laptop (AMD A8-6410 CPU with an integrated AMD Radeon HD R5 6410 to boot with 4GB of DDR3 RAM) to play this game so while I wasn’t at a constant 60fps at even 720p (with no MSAA, although adding 2X or 4X didn’t affect performance much) the drops are manageable. The only times the game dipped in framerate for me is when a conversation was happening (the game essentially dips to 20-30fps just to render the text box and once done will be 60fps) and when walking around school which then will hover around 30-40fps or so. All other times it will hold 60fps just fine which benefits gameplay a lot, especially for the rhythm minigame talked about earlier. So, if my laptop can run the game moderately well, any modern desktop, let alone gaming PC will run this game without any real hitches. That said, the game froze on me one time and there is an occasional (it’s almost constant if you speed up text in some parts) UI hiccup where it bugs out for a fraction of a second going from text box to text box. 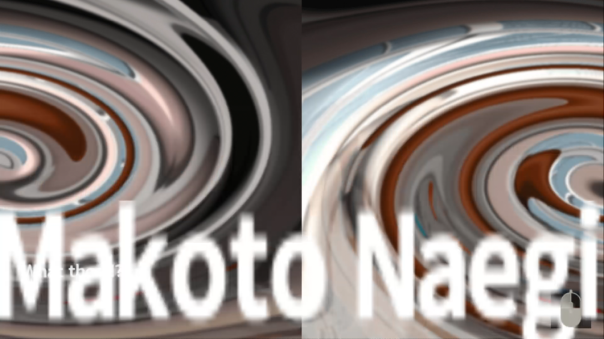 Please, PLEASE, understand that I had to slow down my captured footage to .13 of a second to capture this shot. If you blink, you’ll miss it normal gameplay, but when you see it it’s hard to get over when it keeps happening.

UPDATE: Spike-Chunsoft has contacted me to say that the retail version of the game will be working just fine. If it doesn’t work, when you boot up the game, in the launcher in Video Options, change Direct 3D9 to OpenGL, or the other way around. It should fix the issue.

At the end of the day, between all of the eccentric and quirky characters and their trials and tribulations you get quite the experience. Whether you can guess what’s going to happen next or not it’s worth the play (or replay if you’ve played it already) to see Danganronpa at its best.

+The overall writing is good

+The port is great

-The UI hiccup is really bothersome in some areas