Digimon Story: Cyber Sleuth came out in Japan and was garnered with nothing but praise from the Japanese audience. With the lack of recently localized Digimon games, this and Digimon World Re:Digitize: Decode for 3DS were highly requested to be localized by western audiences. Cyber Sleuth is currently the only one to see a western release. 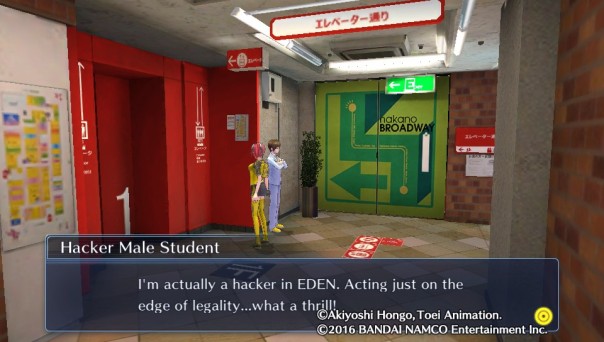 You never know who you meet on the internet… Or real life.

The synopsis of Cyber Sleuth is quite simple. You see, in Cyber Sleuth, there is an advanced internet service called EDEN. EDEN allows you to literally step inside the internet and hang out there. You and your friends are using it to hang out in a private chat room and a hacker comes in and offers to let you meet him in Kowloon (a popular spot where hackers hang out). He warns you that if you don’t show up he’ll hack you. Naturally, some friends don’t believe him and don’t show up while others do and decide to go. Of course, you decided to go along as well. Turns out that the couple of friends that decided not to go had the right idea as you and your friends that showed up have been hacked instead. This hack isn’t exactly “bad” though as it enables the use of Digimon. However, the bad part is that you are now considered a hacker as not only are hackers the only ones that can tame and use Digimon, hackers are known to use these Digimon for their own illegal means. Eventually, you and your friends encounter a mysterious creature. Not knowing what it is, you flee only for it to grab a hold of you for a moment. As a result, in the real world you’re nothing but data (how you manage to stay together is beyond me) and after hooking up with a detective you find out your real body is in a coma that might be connected to the EDEN Syndrome cases that are currently happening. Ultimately you decide to work with the detective so you can get back inside your real body earning you the title Cyber Sleuth.

I hope you don’t mind your Digimon asking you a bunch of random questions.

After all of this happens the story progresses pretty easily. There’s a cork board in the detective office for you to choose which mission you want to do. Outside of story missions, you can do fetch quests in which a Digimon lost their “precious item” in the floor of a dungeon and it’s up to you to go find it and bring it to them. Others involve you setting bad hackers straight by defeating them in a Digimon battle. Of course, since you’re a Cyber Sleuth, you’ll be helping people out with their digital related problems as well.

Sadly this game suffers from some strange dialogue issues. Grammar problems aside, whenever the character talks to her self, odds are it’ll appear as if it’s a dialogue option.

.These Cyber Sleuth missions in the end are structurally the same. Someone tells you that they have an issue and you pretty much just go through a mini-dungeon that’s a couple of rooms long to defeat the main Digimon there. While there isn’t much variety in the overall design of mission structure, the small stories told in these missions all feel different from each other. For instance, at one point, you have a job where someone’s mother is wondering what “girl” he’s been spending his days talking to online since you never know who you’re talking to online, so you pretend to be him and get a feel for their relationship. There’s another where a bunch of Digimon who are into boxing so they’re flooding the server of a boxing website causing the server to be extremely slow for those that actually want to view the site. There’s even some comical ones such as when a guy kept getting pictures of flowers in his phone which turns out to be a Digimon that’s in love with him and vows to disconnect calls he gets from girls out of sheer jealousy. 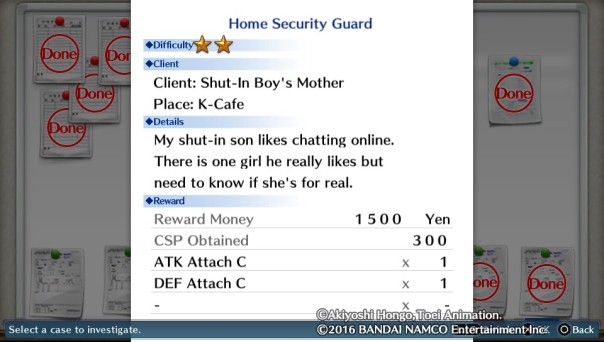 In terms of presentation, this is easily one of the best looking Vita games to date. Everything just looks amazing and shows what the system can handle. Although, how Media Vision obtained this fidelity is quite easy to understand as everything just feels too similar after a few hours no matter where you go in the digital space. Which makes sense, but one can only see nothing but blue for so long. You can visit some recreations of real life locations in the non-digital sections of the games, but, like the digital sections, it’s very corridor heavy and you can only visit a couple of stores in these seemingly (but not really) open areas. 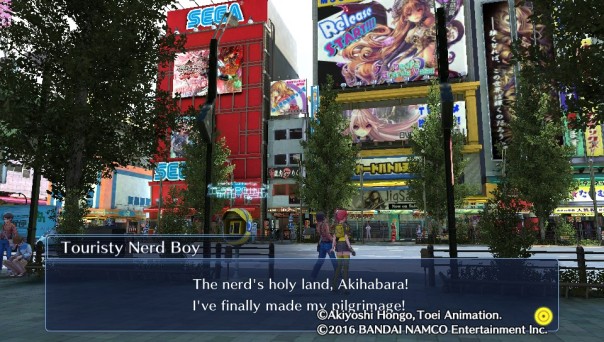 Billboard differences aside (besides SEGA signage) this is what it actually looks like from this exact angle in real life.

The game-play in Cyber Sleuth is very divisive. On one hand, I love the game’s battle system. The game has 4 different strength/weakness charts (3 different type triangles and one saying light and dark are weak to each other), Digimon have standard attacks and can carry up to six different special moves at once. You can also carry up to 14 Digimon with you at once (this is balanced out by each Digimon being worth a certain amount of data and the game puts a data cap on you that you can expand using certain items). In battle, you are have up to 3 Digimon out at once with the 3 being the standard, and when it’s a Digimon’s turn, you can switch any or all of them out for another if you need to. The downside is that, while the game has been stated numerous times to be for older fans, the battles themselves are mind-bogglingly easy. If you aren’t playing on hard (which, in itself, isn’t necessarily challenging in any way), you can just win by pressing the normal attack button pretty mindlessly and get away with it. To top it off, bosses are just damage sponges which doesn’t make them fun to fight at all, just a waste of time. 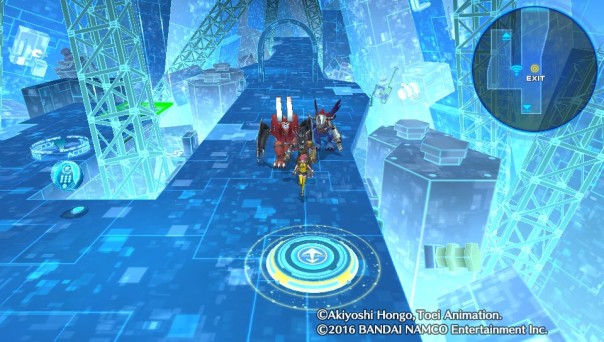 Having your main 3 Digimon out with you feels great and they keep up with you with no issues.

Capturing a Digimon in this game is pretty easy. You just have to scan it enough times, and that’s it. You can find a digimon by just looking for them in the wild so there’s nothing special you have to do. Once the scan is at 100%, the Digimon is yours to obtain, but if you scan it all the way up to 200%, it’ll start off with even better stats than the 100% version.

Raising a Digimon is just as easy. What you can do with your newly scanned Digimon is that you can just plop it right in the DigiFarm so it’ll grow over time, or, of course, you can take it with you. If you choose to take it with you, you can make it and 9 other Digimon (they do this as a collective effort) do a task for you. Whether it is looking for more missions to do (these normally end up the “Digimon lost their precious item”, type or the “beat up a hacker”, type I talked about earlier), looking for an item or just outright train harder so they can level up faster. You can also make a Digimon a leader for these processes which can change up how these tasks are completed as Digimon have different personalities. The fastest to level up a Digimon, is to simply load another Digimon into it. This isn’t you fusing Digimon, what this is, is that one of your Digimon will be absorbing another (up to 5 at a time). 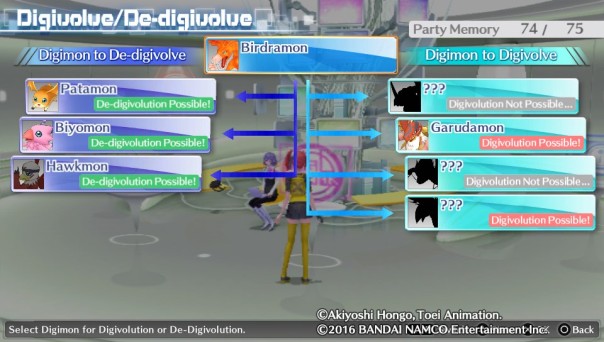 What’s cool is that you can Digivolving isn’t a straight line. There’s always a couple of forms you can change into as long as you meet the requirements.

All-in-all, while Cyber Sleuth is a great looking game in terms of aesthetics, the battles are the biggest turn-offs in this game. Eventually, you’ll become strong enough to a point where you can just perpetually go through a dungeon without a battle. As a 60 hour RPG, battles should be fun and not monotonous. It certainly has all of the systems in place to make it fun, but the lack of difficulty just kills the entire mood of the game.

-Boring battles despite all the right systems in place