Thank you Idea Factory International for providing a Review Copy.

Fairy Fencer Advent Dark Force is a remastering of Compile Heart’s PS3 game Fairy Fencer F. The game boasts better visuals and the inclusion of two different story paths for you to experience as you go through your adventure. That being said, even though this is a remastering, I never played the original Fairy Fencer F game on PS3, so I will be treating this review as its own game instead of a remastering. 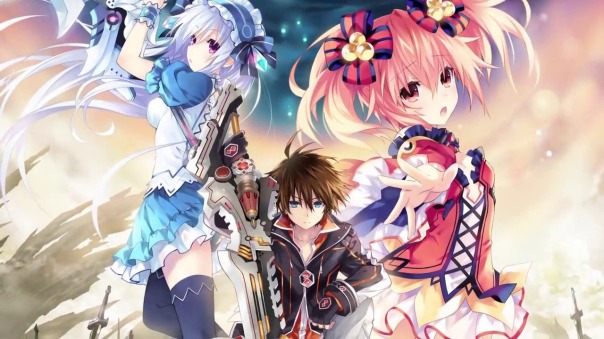 The story of this game starts off rather simple, you play as Fang, a lazy person trying to make ends meet with as little effort as possible. While trying to find a quick meal, Fang is informed that if he manages to pull out the sword in the center of the town a fairy will grant his wish. Not wanting to pass up a chance for all the food he could eat, Fang removes the sword, and out with it a Fairy named Eryn. While he does not get his wish of free food, he is instead promoted to a Fencer (albeit against his will) and embarks on a journey with Eryn to free the other fairies around the world in hopes of reviving the Goddess to restore Eryn’s memories and hopefully get his wish of free food.

The biggest point of the game is going around freeing fairies in the many dungeons around the game’s world. You are given dungeon information from the town’s local stingy info dealer, Lola, from here you complete field dungeons to rescue fairies. Once you rescue the fairies you can then imbue them with special abilities in an event known as “Godly Revival”. Here, you find two statues of the Vile God and the Goddess. In the original game removing the swords from the Goddess statue was all you had to do, however, in this version you can remove swords from either statue. 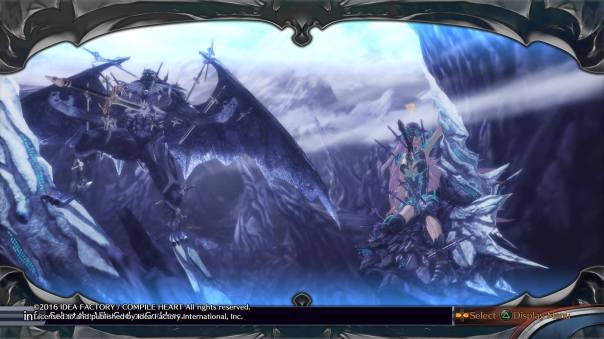 But doing so will have an effect on the game’s story at a certain point, and that is where the game will branch off into different routes based on which statue you decide to free the most. I find this to be a very interesting way of doing things, as it encourages a lot of replay value of the game, and each route is extremely fleshed out.

The combat of Fairy Fencer is comparable of that to Hyperdimension Neptunia, in that the games combat is turn based and you have the ability to perform normal combat attacks, skills, and magic attacks through the different menus in the game. At the start, the game’s combat is a bit reliant on skills and magic as you have to unlock better combos in this game by spending WP that you get at the end of every battle. 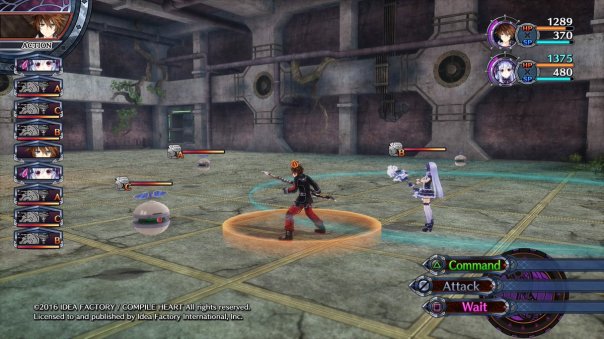 When you finally get to unlock different combos you start to see the game adapt a different playstyle. You have a menu of different attacks to pick from (fully customizable in the options menu) and you have to pick which layup works best against the enemy. Your main goal is to exploit whatever your enemy is weak to in order to lower their guard. By doing this, you are able to pull out an avalanche attack, allowing a string of combos to be performed by your other party members without using their movement turn. This can easily turn the tide of battle in your favor.

The next important part of this game’s combat system is the ability to use special moves and Fairize. Each character has their own special move, whether it be Fang’s serious face (allowing for increased damage output at the cost of always using SP to perform an attack action) to Galdo’s double or nothing attack. These moves are always risk versus reward. Depending on the tide of battle, it may be worth it to break out one of these abilities to turn things around.

Fairize allows your selected Fencer to fuse with their Fairy once their meter next to their profile is full, this form will be maintained as long as said meter is half full, and with that, your character will receive added boosts in attack and defense, and allowed access to very powerful Fairize moves. These moves come at a high cost of your HP, but, like the special moves each character has, it is high risk and high reward. I never felt more satisfied when I used Fang’s Serious Face and one of his Fairize moves together to mow down a boss. 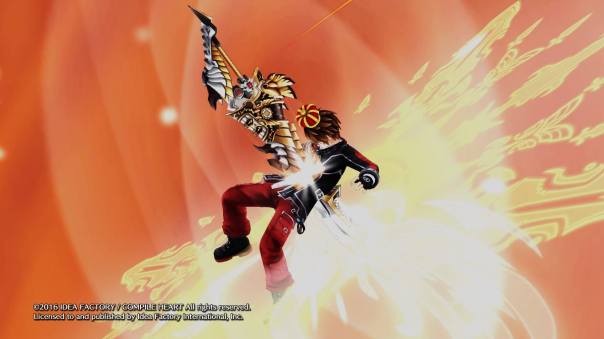 Overall, Fairy Fencer’s combat can be quite fun and addicting once you finally get the hang of it. There are quite a lot of things to take in when learning it, but once you get it you can almost enter a zen-like state when fighting monsters to try and think of different strategies in battle.

The biggest highlight of the game is the game’s story. Unlike the original Fairy Fencer game, this game is split into three different arcs, the Goddess route, Vile God route and Evil Goddess route. Each of these has their own outcome to the story and involves the lovely cast of characters in different ways. The best part about the different routes are that each one is long enough to be its own game entirely. Seeing as I never played the original Fairy Fencer, I decided to go and do the normal Goddess route to get the best feel of the game, clearing that route took me a good sixty hours, and with how well this game is written I have no problems going through it again to try out a completely different route.

Compile Heart has done a fantastic job in writing comedic games with the Hyperdimension Neptunia series, and this game is no different. 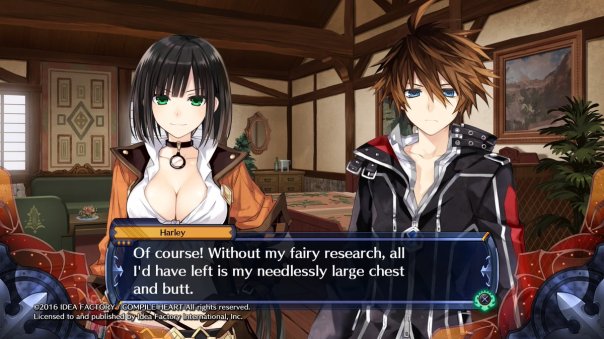 The game’s writing is extremely humorous and there were many times I would either laugh out loud or just facepalm at what was happening on screen. The writing also always flowed well and I never really felt that there was a dull moment in the story. There were many times I would zoom through dungeons as fast as I could just to see what happens next.

Like I said, what really ties this game’s story together is the wonderful cast of characters this game has. Each and every one of them is memorable in their own way. Fang is the opposite of your standard JRPG protagonist in that he’s selfish and lazy, and almost self-aware of the things that are going on around him. 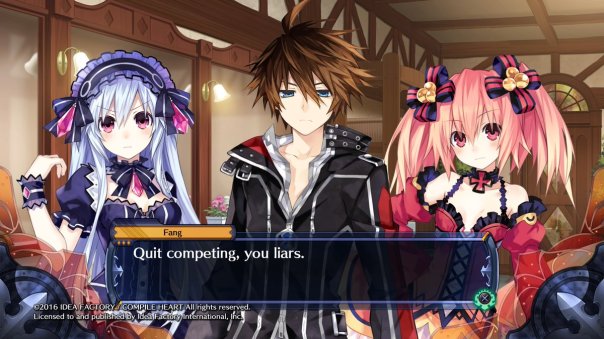 His fairy, Eryn, is his trusty partner who is clumsy and tries her best to keep Fang on the straight and narrow, and Tiara a fellow Fencer whose only way to keep Fang in line is to make him her “servant”. And that’s only the starting lineup of characters. From the heroes to the villains you meet each character is written extremely well and they play off each other’s characteristics perfectly. The best example of this is that it seems like almost every Fairy is the complete opposite of their Fencer partner, which leads to a lot of fun conversations and humor. There were times where I would try and see every single side conversation because the writing in this game is so good. The best thing about this game’s story is that you can actively see how certain things you do with characters have a lasting impact on the events that unfold. There were several things mentioned from 20 hours ago that I was surprised the game kept track of. I also have to say Fang’s development in this game has elevated him to one of my favorite video game protagonists of all time.

Visually Fairy Fencer looks really good, the different dungeons you explore all look extremely vibrant and full of life, and with many of them each having their own gimmicks in design none of them feel like you are traveling through the same one. The only problem I could find is that in battle you can experience a slight frame rate drop from time to time depending on the combos and skill moves you use. That being said, all of the attack animations in this game are extremely well animated and all have their own charm and life into them. You have the option to skip these animations but I always felt a bit satisfied watching them play out as my damage and combo meter racks up.

While the game does have a few good songs in it (the Fairize songs in particular) there aren’t too many memorable tracks. A lot of the songs fit the atmosphere they are put in, but none of them truly stood out in an “I have to listen to this on loop all day” kind of thing. Still, the music did do its job, I just wish there were some more memorable songs.

While there is so much to love in this game, I did, in fact, have a lot of issues with this game when I started to play it. The biggest issue I have with this game is the fact it feels like the game is trying to have you manage so many different mechanics at one time as you play. I was ten hours into the game and I was still getting tutorial section after tutorial section on new mechanics, that I felt like they didn’t need to add to the game.

At the end of the day, Fairy Fencer Advent Dark Force is a must-have for fans of the Hyperdimension Neptunia series, or JRPG fans wanting to find a good game to invest into. People who have already played the original Fairy Fencer will find plenty more to do in this version of the game and is worth double dipping for sure. The game’s story is put together extremely well and I kept wanting to play it more and more the further I got into it. This game is also without a doubt one of the funniest games I have played in ages. 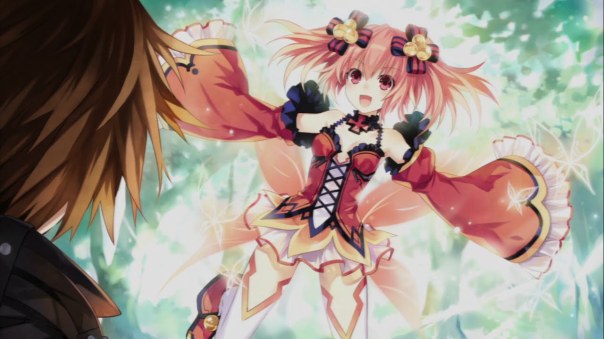