Thank you Atlus for allowing us to review the Vita version of this game.

Utawarerumono is a pretty interesting franchise. It was once just a simple game back in 2002. Then it received a manga and anime adaptation a few years afterward. Out of nowhere in 2015, Aquaplus decides to go back to the franchise and gives us Utawarerumono: Mask of Deception. It didn’t end there though as the second half of this come back released in 2016 – while the rest of the world had to wait for both pieces in 2017. And now, the time has come as the end has arrived with the release of Mask of Truth.

As stated, Mask of Truth is a direct sequel Mask of Deception. This isn’t like how Mask of Deception was largely stand alone only to show its true colors by tying in the original in the later half of the game. Instead, this game takes place just a few days afterwards. That said, while yes, there is a small refresher in the opening hour or so – that’s mainly to serve people who’ve already played Mask of Deception. So by all accounts, play Mask of Deception and if possible the original game as well. If you’re short on time, at the very least watch the anime to both. 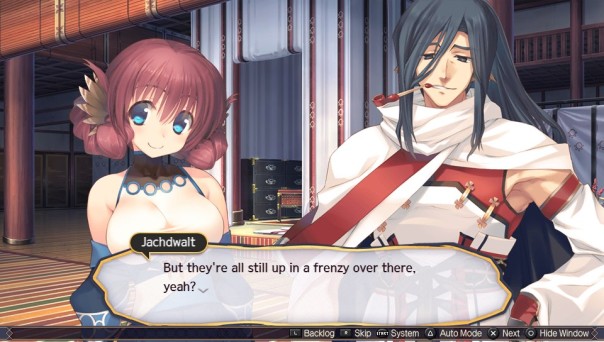 In regards to the story of Mask of Truth itself, the unthinkable has happened, the throne of Yamato has opened up and the circumstances behind it has not only caused our cast to flee to the country, but also caused the untimely end of an old friend. The bad times don’t stop there, however. All Hell has broken loose due to the fact that the country of Tuskur has decided to go to war with Yamato in retaliation of their previous invasion.

Overall, honestly, not much as changed from the previous entry. It’s still very story focused game. Most of the time you’ll be reading it like a visual novel and when the actual 3D models kick in for a cut-scene, it’s time for a battle sooner or later. These cutscenes are also in much larger scale in comparison.

If you were worried if it were like the previous entry where it would take hours to get to the next battle, don’t be alarmed. This game is certainly better paced in that regard. That isn’t to say there won’t be long strides without a battle. It’s just now there may be multiple battles before the next break kicks in.

Now as for the battles themselves? Like last time, the game barely teaches you how to play, so be sure to read up on the tutorial section whenever you can, it provides valuable insight. Outside of the timing to achieve a critical hit seemingly being easier the game hasn’t changed all that much. It plays more or less exactly like the last game, which it in itself was pretty much like a standard SRPG in general. Everything is grid based and turns based on everyone’s respective speed stats.

As characters level up their attacks may receive an extra chain to make the attack longer. You can set these chains to happen manually or automatically. If you have it set to automatic, whatever the damage predictor says it will do, it will do as it takes out the option of landing a critical hit. If you do it manually, when you attack, you have a chance to land a critical attack with the correct timing of the X button. If you at the very least press the X button, the chain will continue. If you don’t press X or don’t have enough Zeal, the chain will end. Critical hits are also responsible for ensuring stat debuffs or even status effects like attack down or poison. When a character reaches 100 zeal, they get to immediately take a second turn, and their status ailments are nullified. If they have an attack with five links, and successfully chain them together, they may perform a final strike attack on the opponent. Naturally, the enemy has access to these abilities as well so it’s best to finish them off as soon as you get the chance. 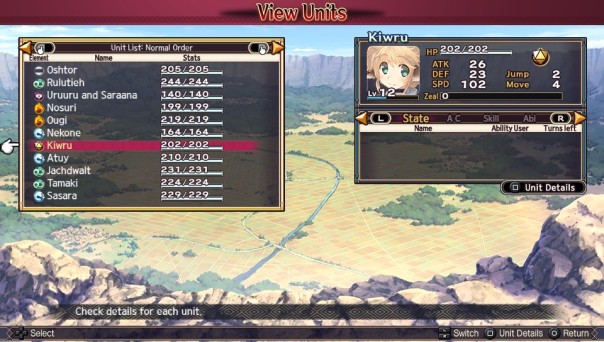 Once the battle is over, your party members gain BP from the battle as well as items. BP allows you to raise a stat even further even if just a little. Of course, the more you invest in a stat, the more it’s going cost to continue to invest in it. Naturally, stats grow as you level up, so if you want to save BP there is certainly no harm in doing so. 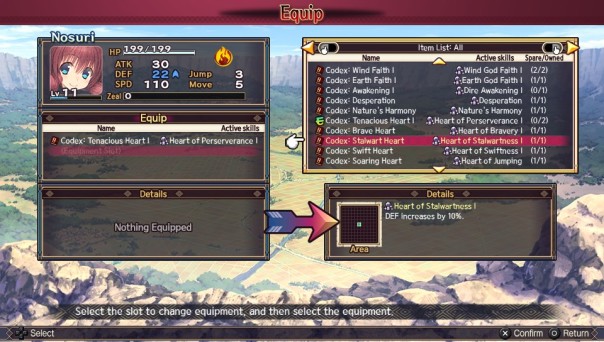 Despite coming out a year later, there aren’t any real refinements outside of the larger scaled cutscenes. It almost feels like the development team had to find a good stopping point in Mask of Deception, ship that out and then continued with the overall development. In this scenario, that’s not exactly a bad thing. The game’s games artwork and battle animations are still nothing but stunning and the music still charming.

When you hear a one-off story getting a sequel over 10 years after release, it almost feels worrying as to what they may bring to the table especially because the original was so beloved. For this series to come back with a sequel that’s just as good as the original is absolutely fantastic. As far as trilogies go, this might have become one of my favorites. Ever.

Posted on September 4, 2017, in Reviews. Bookmark the permalink. Leave a comment.