A review copy was provided to us directly from Jool Whatsam himself.

After a rejected pitch of a portable Silent Hill game to Konami back in the mid-00s, Renegade Kid decided to take their idea of an atmospheric horror game and make it into their own original IP for the Nintendo DS. This game was known as Dementium: The Ward. Dementium easily became a cult classic on the original DS, spawning its very own follow up, Dementium 2. Now, eight years later, Dementium: The Ward returns on the Nintendo 3DS as Dementium Remastered. So how does this remaster stand up to the original? Well, I can tell you right now it’s a much needed fresh coat of paint.

Right away, Dementium throws you into the heat of the action. When you start up the game, you are rushed into a demented operating room, seemingly against your will, and from there everything goes dark. After that, you wake up to the sound of an alarm in the abandoned room. It is from here your adventure begins. When you leave the room, you hear over the loud speaker that something has happened and that you should vacate the building. This is where the game sucked me in. The game’s atmosphere was portrayed almost perfectly to the events that were unfolding around you. As you explore the hospital you can truly see that there is definitely something wrong here. There is blood on the walls everywhere, medical supplies and cabinets piled up to create barricades, and the game’s soundtrack just adds a nice finishing touch to the scene. It knows when to play the music at the right times. The next best part is that this game uses the Nintendo 3DS’s 3D very well. I wanted to play this game with the 3D on at all times, as the 3D effects make the game pop out at you more than most 3DS games.

When you are traversing down long hallways you get the feeling of that you are actually traveling down these areas, that you are actually inside of the hospital. This game nails down the atmosphere aspect of a horror game almost perfectly. I strongly recommend you play this game with headphones on, as the games sound design adds a lot more to the experience. The soundtrack of the game knows when to play at just the right time, or when not to play at all. However, this wouldn’t be a horror game if there weren’t a few things that were to go bump in the night.

As you explore this strange and demented hospital, you will encounter many bad guys. Anything from weird humanoid creatures with mouths in their chest, to strange crying worms that crawl after you, to howling banshees in the night. Each of these enemies are creepy in their own right when you first encounter them. Some of these enemies are placed very carefully. In a place where you swear there was nothing there before, you turn your back and see worms crawling at you, or the zombie like creatures making their way to you. The enemy design here is truly that of nightmares. 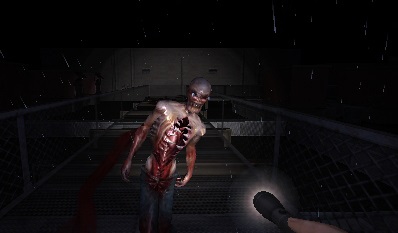 Especially the boss, each boss seems like they are something crafted out of a nightmare. However, not much can be said for the boss battles. It seems like each boss fits to a set pattern. Sure, I died a few times on each one, but I felt like once I understood their pattern it was easy to manipulate it and take them out.

So, I guess you’re wondering how in the world do you fight these creatures of the night? Well, throughout the course of the game you get a large arsenal of weapons to have at your disposal, you first start out with a lowly baton left by some security guard who fled the scene and work your way up to more powerful weapons such as a shotgun, machine gun or sniper rifle. My personal favorite is the shotgun, it packs a nice punch. However, you need to be careful about your ammo. While there are some spots that give you plentiful amounts of ammo, if you go on a shooting spree at every enemy that jumps out at you before you get a chance to get to that spot, you may be seriously up a creek when you are in a situation you can’t really run from. That’s why it may be in your best interest to either break out the baton and beat someone over the head with it, or just run to the nearest door if you are getting overwhelmed. That leads to an issue I have with some of the enemy AI. A lot of the time I found it pretty easy just to walk around enemies if I saw them before they saw me. Sometimes you will encounter a room full of those worm-like enemies, and instead of just shooting them, it was much easier just to walk past them into the next room. While it’s not a sure fire way to escape, it comes in handy if you are low on health and you can clearly see the exit in sight. Another gripe I have is with the hit detection. There were many times where I know I was lined up with an enemy, but the shot did not register. They were in my sight, I aimed, and I shot, but nothing happened they just still ran at me and damaged me. There were even sometimes where an enemy was not within range of me and still managed to hit me, I had this issue the most with banshees they move so quickly you don’t even know where it was able to hit you from. So I learned to be cautious, and only shoot at an enemy when I knew for a fact my crosshair was red indicating an enemy was in range. It doesn’t help that you cannot aim with a weapon and have your flashlight out at the same time. So the moment you shine your light at an enemy you have to switch your weapon out because they will be making a beeline right for you.

The next thing I want to touch on is the hospital, itself. The hospital you are in is pretty big, with many different rooms to explore with many creatures waiting to do you in.

The designs for the different rooms clearly show something has indeed happened here, but what? I won’t spoil the game for you first time players, however, I feel like this is where the game lacks a bit. While the game tries to tell itself through the different environmental hints, puzzles, notes, and cut scenes, I felt like things were a bit bare bones. I felt as more things were explained to me, the more questions came up. However, at the end I felt rewarded with most of my questions answered, but I still felt as if something was lacking. I felt disconnected from the person I was playing as, outside of escaping the demented hospital I felt no need to root for him. However, while it may take away from the game a bit, the overall presentation of the game is really superb. The puzzles make use of the games environment, and your attention to details quite well.

Many times I had to double take and explore the games environment in detail to make sure I didn’t miss anything that may come in handy for a future puzzle.

I guess since this is a remaster I need to compare this game with the original Dementium that released on the DS. 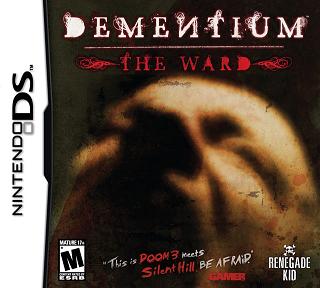 To this game’s credit they fix a lot of problems I had with the original game.  The biggest problem I had with the original game was the lack of an overall map. In the original Dementium you wandered this strange hospital with no real idea of where everything was, you had to actually find map pieces scattered throughout the hospital to see where you were going.  While I’ll agree, in theory, it had some charm to it, it was just more of an annoyance than anything else. Now when I get lost all I have to do is press a simple button and the map of the entire hospital comes up. This has saved me so many times from going in complete circles, as many times I wonder, “Didn’t I just come through this blood-covered yellow door?” Speaking of saving, this game now offers save points where you can save your progress as opposed to only being able to save after every chapter. However, the save points are a bit far between each other, so be sure to make a mental note to yourself to where that room was! Another thing that was changed from the original is that enemies no longer respawn when you leave and come back! Meaning if you were getting overwhelmed and needed to fallback to a room to get health in it, the same monsters you just killed would not be there again. This comes in handy when you are trying to backtrack after getting turned around, you don’t have to constantly worry about wasting all your ammo on a monster you just killed. Overall, the game looks a lot more crisp compared to the DS game, you can see the details in the environment a lot better as well. The 3D effect is also a nice added touch like I stated before. If I was playing this on my New 3DS I would have loved to keep the 3D on the entire time, when the 3D is on the game genuinely pops out at you. It actually feels like you are walking down the hallways of this insane hospital. Finally, when you’re done with the game, and if you thought it was too easy and not scary enough, you’re in luck! The game offers a total of three difficulties to play on, with Demented being the hardest one. Personally, I did not play on the harder difficulties but I can assure you that it must truly be demented. 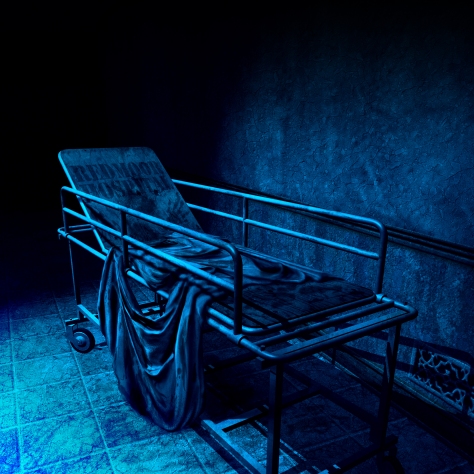 Overall, Dementium Remastered is a solid game for the 3DS. In my opinion, it’s one of the best remasters on the system because it makes full use of the system’s 3D effects. While at times I felt the controls were a bit off putting for aiming (I had to use the face buttons as oppose to the circle pad pro), and a few times the hit detection for things were a bit off, the game was an enjoyable experience. For fans of the original Dementium games I recommend picking up this game, as you can tell a lot of love and care went into making this game suitable for the 3DS, and if you have never played this game before pick it up, plug in some headphones, and prepare to be spooked.

+Awesome use of the systems 3D effects

+Nails atmospheric horror on the head

-Story progression is just there.

Posted on December 1, 2015, in Reviews. Bookmark the permalink. Leave a comment.