← The Legend of Heroes: Trails of Cold Steel – Review
New Screenshots of Story of Seasons Good Friends of Three Villages →

A New Story of Seasons Title Has Been Confirmed

The latest entry in the Bokujō Monogatari series has been revealed today in the latest issue of Famitsu.

The game is pretty far in development, and it seems to be looking to expand on a lot of the mechanics introduced in Harvest Moon A New Beginning when it comes to the ability to build your own town. It also seems like there will be a plentiful amount of places to visit this time around. Its nice to see Marvelous going all out with the customization route in this series now. Odds are this game will hit shelves in Japan sometime this year, however no word from XSEED on when we can expect to see this game in the west. However we shall keep you all posted as news develop!

For those of you wanting to scratch that Story of Seasons itch, never fear as XSEED also has you covered as the crossover Return To Popolocrois A Story of Seasons Fairy Tale will be hitting the States in the coming months. No word on when it will be out in Europe. 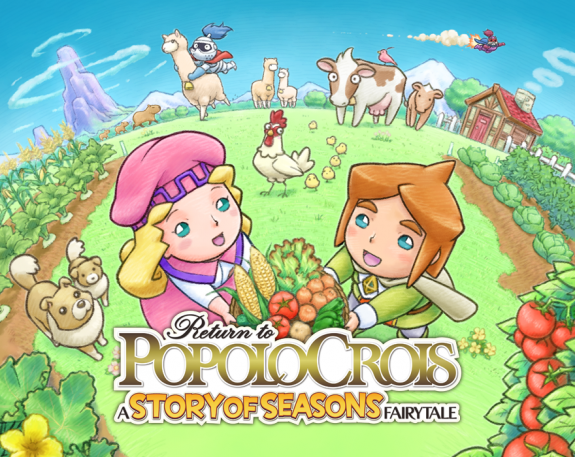 Disclaimer: Story of Seasons is the life/farming simulator known as Bokujō Monogatari in Japan, the series was rebranded from Harvest Moon to Story of Seasons in 2014 when Marvelous AQL acquired XSEED Games and shifted localization from Natsume to XSEED.

Posted on January 12, 2016, in Reviews. Bookmark the permalink. Leave a comment.

← The Legend of Heroes: Trails of Cold Steel – Review
New Screenshots of Story of Seasons Good Friends of Three Villages →