Metroid: Samus Returns is the return of a classic Metroid adventure made from the ground up on 3DS hardware. Thanks to a plethora of new additions in content and gameplay, this is the true way to enjoy Samus Aran’s mission to eradicate the Metroid species, and bring peace to the galaxy. 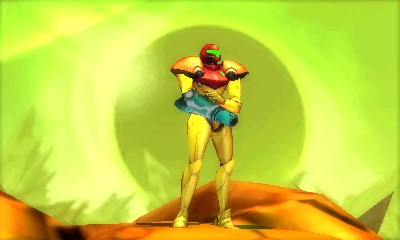 This game was reviewed on a Nintendo 2DS XL. So the 3D feature will not be brought up in the review.

Samus Returns is the first 2D Metroid title in over thirteen years, and MercurySteam has nearly re-created the controls that fans are accustomed to when playing as Samus Aran. It’s not perfect, though  as you can’t wall jump off a single wall, or press L to shoot diagonally while moving. The replacement for that is a free aim feature that locks Samus into place and gives her 360 degree aiming, which came in handy quite often. However, her movement speed and weight are very similar to Metroid Zero Mission, so it was very easy to get right back into the action. The one big issue with the control is that you can’t use the directional pad for movement. Using the control stick to aim while moving can be very inaccurate, leading to the player aiming in the wrong direction, and walking straight into an enemy. So learning to rely on free aim will be the key to surviving on this planet. Although, if you’re confident in your skill, Samus has a counter maneuver that can stun enemies when used at the right moment, allowing her to get in a lot of damage. 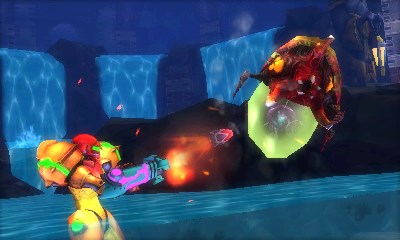 Metroid 2: Return of Samus is known for starting many standards the series is known for. This includes Samus’ bulky Varia Suit design, and the spider ball. Samus Returns wasn’t afraid to bring in staples introduced in later games, and even its own unique features. The Gravity Suit first introduced in Super Metroid is implemented into this game, along with many other returning power ups; meanwhile, the new Aeon abilities will leave an impact on series veterans, and the franchise as a whole. These Aeon abilities are designed to ease newcomers into the game, since one of these shows the player where hidden items are, and even the path Samus needs to take. Another is a Beam Barrage technique that tears through enemies, and lightning armor that gives Samus invincibility to enemy attacks. Though you can’t just use these abilities infinitely, you are limited to the Aeon meter. If you run out of Aeon, just kill enemies to replenish it. Fans may scoff at how good these new abilities are, but when you experience the challenge SR388 offers, you’ll be glad these additions exist. As an example, the first Metroid you fight, an evolved forme known as Alpha Metroid, can end Samus’ Life Energy in four hits. Stay on your toes, and master the counter maneuver. Series Veterans will definitely enjoy the new enemy patterns, and bosses the game offers. 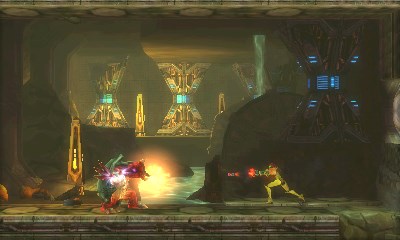 This challenge only adds to SR388’s atmosphere; it’s a wild, desolate place, and around every corner is something ready to attack. The game’s visuals and sound only add to that, bringing a feeling of isolation that gives it that trademark Metroid feel. You’re thrown into this thick atmosphere from the moment Samus lands her gunship, to when you reach the darkest depths. This is going to be a dangerous journey that only Samus is capable of, and you the player are taking the reins. Sit back and relax to that wonderful theme that plays on the surface, because one you head deeper, there will only be a sense of dread waiting for you. 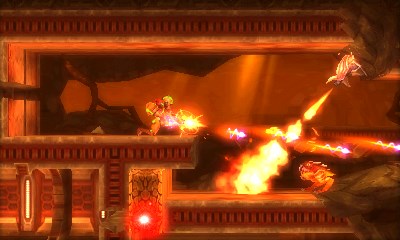 At the time of this review, Fusion Mode and various other Amiibo exclusive features are inaccessible due to the lack of the Amiibo launching along-side the game. This is pretty disappointing as not every player will have access to these Amiibo, so losing this great feature is definitely frustrating. The other Metroid related Amiibo also unlock additional features such as reserve tanks to refill Missiles, Energy and Aeon, and various art galleries with concept art for the original Gameboy release, and the remake.

Overall, this glorious return of Samus Aran is a must own for Metroid Fans. While there is a mild issue with the controls, once players adjust it’ll feel natural. The difficulty may not be newcomer friendly, but the game offers enough tools to help the player make it through the journey. The fast paced, 2D side scrolling, exploration focused gameplay is back, and hopefully, she will see you next mission. 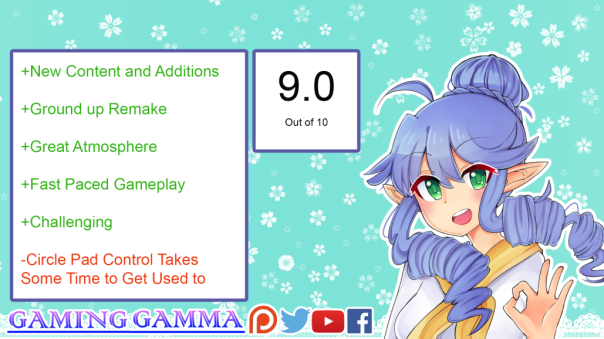 If you want to win a copy of Metroid Samus Returns, check out our giveaway!

Posted on September 12, 2017, in Reviews. Bookmark the permalink. Leave a comment.