On the official PlayStation blog, SEGA has released some more information on their upcoming title Yakuza 6. They go into detail on how they went about localizing the game and the joys and hurdles of this challenge.

You are tasked with translating an epic, 50-hour adventure from one language to another — including visual cues and UI elements — with a massive story, while maintaining cultural relevance, jokes, and idioms for your new audience. All without compromising the intent, message, and drama of any given scene. This was essentially our task for Yakuza 6: The Song of Life, and we wanted to share some of the hurdles (And joys!) of this process.

The article is a very interesting read and you can check out the full thing here. 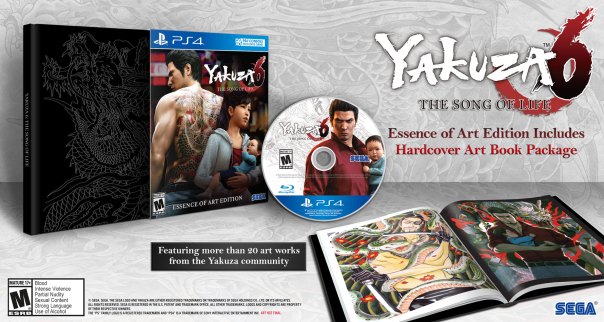 To add more to this new information SEGA has also officially unveiled the Yakuza 6 cover art for the western release! The art for the game seems to really drive home the theme of the game and looks quite exciting!

Yakuza 6 launches on March 20th 2018! Be sure to tune in for future coverage of this game. If you’re wanting to see this game in action, check out the latest trailer Sega has uploaded onto their YouTube channel.