Thank You Atlus USA for a Review Copy of this Game

Shin Megami Tensei: Strange Journey released on the Nintendo DS back in 2010. Strange Journey is often argued to be one of the best games in the SMT series due to its story, gameplay and atmosphere. So now almost a decade later, and as part of the 25th Anniversary initiative, Atlus has remade the game for the 3DS as Shin Megami Tensei: Strange Journey Redux with completely overhauled re-drawn art, more demons to recruit, an entire new character arc and new dungeons to explore. So how did this remake turn out? Was it best left in the past? Or has it become a strange turn of events?

Shin Megami Tensei: Strange Journey Redux’s story for the most part is similar to that of the original DS release. A strange force has opened up in the arctic that has been named Schwarzwelt. You and a special task force are sent in to investigate the Schwarzwelt to discover its origins and see if you can prevent it from swallowing the entire planet. 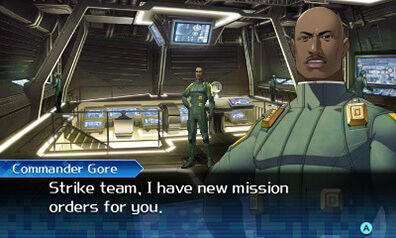 The story itself is honestly very engaging and kept me on the edge of my seat the entire time throughout the game. The more I discovered about Schwarzwelt, the more I wanted to know about the world surrounding it. The atmosphere of this game also added a lot to the storytelling, thanks to the eerie and creepy vibe that follows you the whole way, like something is just looming around the next corner. This game’s story is probably the most I have ever been engaged in when playing a Shin Megami Tensei game. All of the characters felt full of life and the voice acting added a lot to the performance. There is also an entire new story arc in this game centered around the mysterious character Alex. Her story for the most part is pretty interesting, but I won’t go into it as to avoid spoilers.

It should also be mentioned that, like any Shin Megami Tensei game, there is an alignment system; during the story, you have the option to make certain choices, which will determine your alignment, and the way demons will interact with you. Which can make negotiating with some demons more of a pain, as demons who are towards one alignment may not be as eager to talk to you if you are in another. 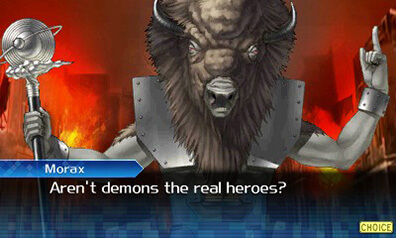 The gameplay for SMT Redux is not that of your typical SMT game. SMT Redux plays as a DRPG as opposed to a normal JRPG, so be prepared for a lot of first person dungeon crawling. Schwarzwelt is broken up into several different dungeons with their own themes. You can go from a war torn battlefield to a red light district in Tokyo; this place is truly unpredictable. What sets each dungeon apart from each other gameplay wise is that there are many puzzles in each one. Whether its navigating boobytrapped tiles, or moving tiles that can send you around the floor, there are many things to keep you on your toes. 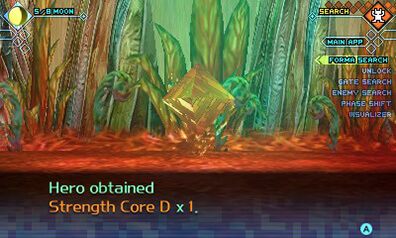 While the dungeon crawling may be different from other SMT games, the combat pretty much remains the same. You still recruit and fuse demons to join your party and the combat is as fun as ever. It is your standard turn based fair, with you controlling yourself and each demon in your party. With the many different demon types, there are infinite ways for you to build up your team, but team composition may be more important in this game than others. Unlike previous SMT entries, Strange Journey Redux does not use the traditional press system, but instead uses an alignment combo system. As mentioned earlier, SMT games are known for their alignments you can take, and if a demon attacks an enemies weak spot, then every party member with the same alignment will follow up for additional damage. While on the surface this can lead to some pretty cool combos, it doesn’t feel as fleshed out as the press system. It also can make creating team compositions a bit odd, as depending on the story alignment you are going for, you may have to build your team accordingly to get the most out of it. All of that said, once you get the hang of it, it is really cool using it to your advantage against the enemy. 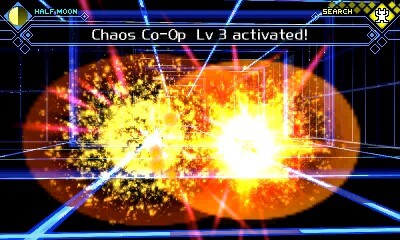 In this remake of the game, there are quite a lot of things added that makes the game’s quality of life all the better. New to this game is the ability to have field saves. SMT games are known for their harsh, yet fair, difficulties, and a gameover can be around any corner if you’re not careful; the ability to save anywhere is a nice safety blanket if you feel like you are about to enter a dangerous situation.

Alongside of the new character route with Alex, you also get access to an entire new dungeon that centers around her. This dungeon is very expansive, with its own side plot alongside the main story. You can return here for some extra grinding and finding certain demons. Completing each floor’s boss also gives you access to some pretty powerful special fusions as well. This dungeon in and of itself felt like an entire Schwarzwelt with how big it was. It should also be noted that your actions here will also determine which additional ending you get in Alex’s storyline. 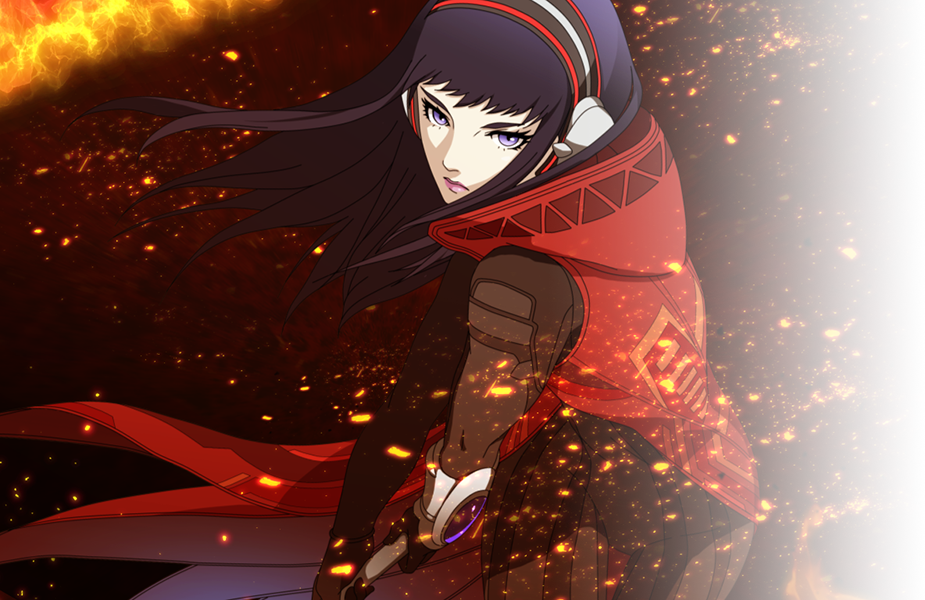 Other changes to the game include new art, dynamic story scenes and new background scenery, alongside of the game being fully voiced. It should be mentioned that this game only has a Japanese dub, but the Japanese voice acting is spectacular, and (as stated earlier,) adds quite a bit to the game’s atmosphere. The changes end up giving the game a nice fresh coat of paint, and looks a lot sharper compared to its DS counterpart. Additionally, for those of you looking for a real challenge after completing the game, try your hand at the impossible game mode. Also the game has three new endings alongside the traditional three endings, so there is plenty to keep you coming back for more.

One last thing I should mention is the game’s soundtrack. I honestly don’t know why, but the music in this game really stood out to me. Instead of the retro and techy style music from other SMT games, this game opts for a more orchestrated score, and it really fits the games theme incredibly well. The music made a lot of the boss fights and even more tense moments in the story all the more powerful to go through, which went a long way in cementing my immersion. 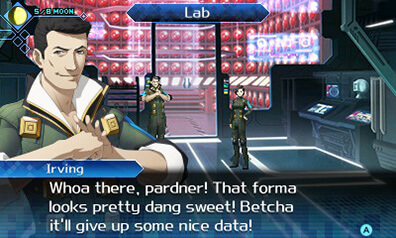 Overall, Shin Megami Tensei: Strange Journey Redux is really a classic game in the JRPG and DRPG genre. From the engaging story that will really make you think at times, to the enjoyable dungeon crawling and intense combat, you have a game that fans of both genres will enjoy. Fans who have played the original Strange Journey will find plenty to do here in this remake of the game. Once again Atlus has delivered a gem that is easily one of the best games out this year.