Today Idea Factory International has confirmed that the latest spin off in the Hyperdimension Neptunia series will be heading to the west for PlayStation 4 and Nintendo Switch this Fall!

2D or not 2D? That is the question! We are thrilled to announce that Super Neptunia™ RPG will head to North America and Europe this Fall 2018! The side-scrolling RPG will be available physically and digitally for the PlayStation®4 and for the first time ever, a Neptunia game will now be available on the Nintendo™ Switch! The game will have Original Japanese and English voiceover options, as well as English and French subtitle options.

Developed by Artisan Studios in Canada, this game brings the characters of the self-referential Neptunia series to life in a whole new way. Each character was hand-drawn by Tsunako, the artist behind the series, then animated by computer magic to create a world that’s mysteriously gone from three dimensions to two. Explore side-scrolling dungeons and fight in turn-based battles to settle the debate once and for all – which games are better: 2D or 3D?

You can expect to find quite a lot of cool stuff in this interesting RPG spin-off!

Be sure to look out for any future coverage of Super Neptunia RPG as we get closer to the game’s release! In the meantime have a look at some screenshots of the game: 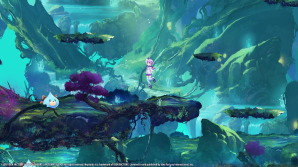 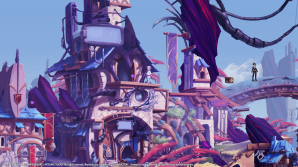 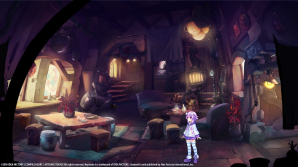 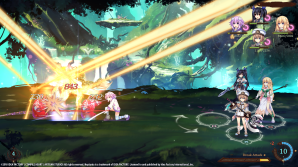