← Atelier Shallie Plus: Alchemists and the Dusk Sea Review – One Shallie Plus Another
Fate/Extella: The Umbral Star- Return to the Moon →

Yakuza 0 Review So You Want to be a Yakuza?

Thank You SEGA for Providing a Review Copy of this Game

Yakuza 0 is the latest entry in the long running Yakuza series and acts as a prequel to the series as well. In this game you get a closer look into the back stories of the series two biggest characters: main protagonist Kazamu Kiyru, and Majima Goro. Here we see their life from their early days in the Japanese criminal underworld, and get an idea of what led them to where they are now in the current Yakuza games. So how does this prequel fair for the overall series? Well, I am hoping my review can give my experience in this game justice.

As stated earlier, you take on the role as both Kazamu Kiyru, and Majima Goro, and play through their backstories in their rise through the Yakuza. Sadly, neither of them have the best of starts. Kiyru is being framed for murder in the midst of a power struggle within the Patriarchs of the Yakuza; while Goro is on “probation” and forced to run one of the Yakuza’s biggest Cabaras. 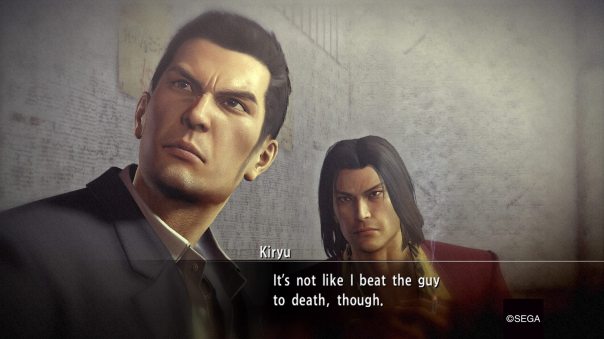 The gameplay of Yakuza 0 is similar to other games in the series but with an added twist. It has your traditional “beat-’em-up” type gameplay where you string together different combos of punches, throws and kicks on your enemy, but this time around you have quite a few ways to spice it up. Both Kiyru and Goro possess three different fighting styles that they can switch between on the fly. Kiyru has his standard fighting style which is well balanced; a “rush” fighting style that is best used defensively; and, his “beast mode,” which is purely offensive. These three fighting styles work different in many different situations in battle, and are a blast to use. I would often run around town to find random street thugs to fight to test out the latest combos I unlocked in these different fighting styles.

Goro, on the other hand, has a bit of a different approach on his fighting style. His are “thief,” “slugger” and “breakdancer.” The thief style is a bit similar to Kiyru’s rush ability, as he is more versatile in this mode. However, the best combos you can do in this mode are by actually not fighting at all and finding the perfect moments to counter. The slugger style makes use of his love of baseball where you can use a baseball bat to beat down enemies. Then, you have my personal favorite: the breakdancer. With this particular style, you use legitimate breakdancing to take down hordes of enemies.

The combat in this game, again, is just very fluid, as you can easily swap between the styles that best suit your current situation. And, it’s always good to experiment with different ways to take down enemies. You also have your traditional heat meter, which you can build up by dodging enemies and getting off combos. You can then use the heat to perform special moves which change depending on what items you are holding and the environment. There is nothing more satisfying than getting into a fight with someone on a bridge and knocking their lights out before tossing them off.

If there is one thing this game nails very well, it’s the presentation of everything in it. The game takes place in the 1980s in Japan during an economic boom. And due to this, everyone is loaded and money is flying everywhere. In fights, you get more money the more flare you have in your combos, making it worthwhile to grind on some knuckleheads who thought it was smart to pick a fight with you.

The game’s story is also played out through various styles of cutscenes. You have cinematic scenes, which are fully animated in engine scenes; the still image scenes, where the game tells story bits through still image portraits of the characters; and the regular in-game scenes, which are used to transition elements of the story to gameplay more seamlessly. While some may argue having three different styles of scenes could be a bit jarring, I felt like they were executed very well and actually let you judge the pacing of the game. When the game went full cinematic scene, I knew I was in for a treat in the game’s story; when it went to the in-game scenes, I knew that action was just around the corner. And these transitions are what I think makes the game so stunning, not to mention how well structured the story telling is.

The game spaces out the story content in a way that allows you to take it at your own pace outside of select key points in the story. So, if you want to take a break from the story and spend a night out on the town, you can do so til’ your heart’s content, and return right back to the story.

The soundtrack for this game is also really amazing. Every single track fits the situation it’s in perfectly. They add a whole new level to the games already well-built atmosphere. I just needed to point that out because there were so many tracks that I just loved hearing.

Amongst all else, the sheer amount of contenting brimming from this game really puts it in a tier above the rest. There are one hundred sub stories that are split between Kiyru and Goro, and quite a few big subplots that you can partake in through the course of the game. Not only that, but there are so many activities you can do around the two cities you explore. You can spend the evening dining at the best restaurants, go bowling, spend the night at a pool hall, or even gamble all your hard earned Yen away. Also, this is 1988 after all, and Japan is in the midst of an economic boom so it would be a missed opportunity to not get on the action!

In Yakuza 0, one of the game’s sub plots are running your own business. That’s right, this game goes from a sandbox beat em up game to a business simulator. In Kiyru’s story arc you run a real estate firm, and for Goro’s, you help a club get back on it’s feet to combat some of the bigger ones in the area trying to muscle their way in. Managing your businesses can be an entire game in it of itself, especially with how fleshed out they are in this game. I honestly spent more time than I should have running my clubs and businesses. 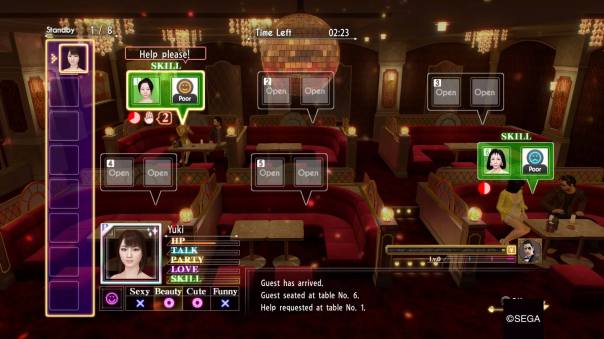 Another thing I spent more time on (than I would like to admit,) was the substories. You find a lot of the substories just exploring the towns you’re in while doing the main story. Like the main story, these substories are also meticulously fleshed out as well, probably more so than they should be. It’s because of this they become more of a delight to hunt down and complete than a chore like a lot of side quests in games. One of them included escorting THE Michael Jackson around Tokyo. Yeah. I know. 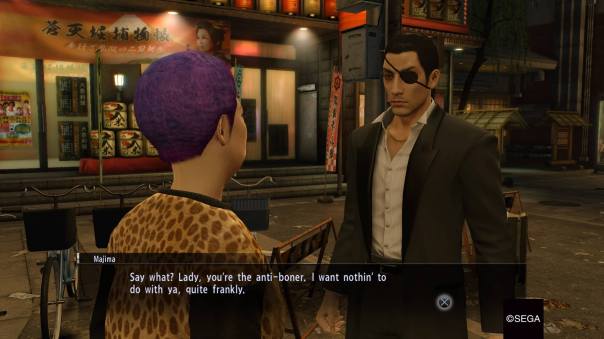 The only true issues that can be said about this game is that it is clearly a port of a PS3 game. The game suffers from a few graphical issues and frame rate drops in certain areas around the map. Thankfully, there are rarely any noticeable frame rate drops in combat, as most of the time battles will flow almost flawlessly. That said, it does baffle me a bit that in the cinematic cut scenes there were times the frame rate drops. That all being said, none of these issues really took away from my overall enjoyment of the game.

Yakuza 0 is a must have for any fan of the Yakuza series, and the game is an awe-inspiring starting point for those who want to get into the series for the first time to see what Yakuza is all about. From the fluid combat, amazing story and the extensive amount of combat, Yakuza 0 can easily be one of the greatest games on the PlayStation 4, and is easily one of the greatest games that 2017 has to offer right now.

← Atelier Shallie Plus: Alchemists and the Dusk Sea Review – One Shallie Plus Another
Fate/Extella: The Umbral Star- Return to the Moon →